THE story of Waverley Hills, the award-winning estate producer of quality wines farmed sustainably, begins long before it ever bottled its first vintage.

This is a tale of innovation, heritage and respect for the land that now places its wines among the country’s best.

Situated in the winegrowing region of Tulbagh, Waverley Hills established its first vines in 2000. Just a few years later, it was singled out for both exemplary farming practices and exceptional wine. It was the first organic wine producer to achieve the Biodiversity and Wine Initiative’s Champion status while a string of awards include its flagship Shiraz, Mourvedre and Viognier (SMV) being the only red blend to win Platinum at Michelangelo International Wine & Spirit Awards in 2014, also winning the Organic Trophy; and, a year later its Shiraz being named SA Champion at the SA Young Wine Awards.

As it is, many milestones mark the path to these achievements. A significant one came in 1968 with the establishment of a visionary enterprise near the hamlet of Wolseley. Long before recycling became the norm, the Du Toit family became involved in what is today a leading recycler of winery waste – grape skins, seeds and lees. In the mid-1990s, the family spotted an opportunity in farming and acquired land on the nearby south-facing slopes of the Witzenberg Mountains. 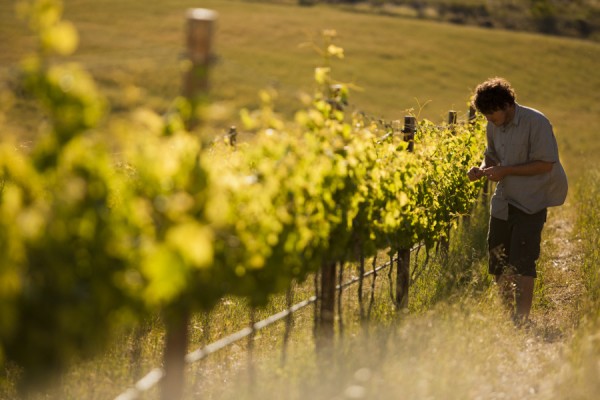 They had made their living with an eco-friendly approach for decades – the new journey would be no different and Waverley Hills Organic Wine Estate was born.

The farm’s heritage is tied to the history of the valley itself. The stone building that houses the recycling factory today dates back to the 1800s and was once home to the famous Waverley wool and blanket company. Its name is a derivation of “Waveren”, the former title bestowed on the area by the 17th century Cape Governor Willem Adriaan van der Stel in honour of a relative.

Today, Waverley Hills is a thriving destination for lovers of wine and nature. “It’s incredible to see how life has returned to the soils. Natural equilibrium has brought back animals and birds, big and small, and a self-sustaining way to keep pests in check,” says Kobus du Toit, who owns the farm with brother Wynand and their mother, Myra.

Most of the 139ha property is occupied by mountain fynbos with 30ha under vineyard and some 10ha used for the cultivation of olives. The modern winery, surrounded by a landscaped fynbos garden, incorporates the wine tasting room, restaurant and wedding chapel.